A few weeks ago I saw a post on the Philly Permaculture Facebook group for a Winter Survival Foraging class in Somerset, NJ. I was going to be in Brooklyn that morning and since the class was in the early afternoon, I thought it'd be cool to check out.

I checked out the instructor, Dan De Lion, before coming to the class. If I was going to be picking wild plants and eating them, I wanted to have an idea about who was telling me what was safe and not safe to eat. I saw that Dan had several comments from people who had taken previous classes and lived long enough to post thankful remarks about the experience. I also saw that he had several of his own YouTube videos about foraging, posted articles about wild food pretty often, and had his own project, Return to Nature, to teach about wild food and medicinal plants. He seemed to know his stuff, so I felt pretty confident.

I arrived at the park a bit early and chatted with some other people waiting for the class. When Dan arrived, he sat down in a grassy area next to the parking lot and sat down. I came over and introduced myself, as did several other people who were now waiting for the class. After introductions, Dan asked how far we thought we'd have to go to find an edible or medicinal plant. It turns out, there we're several within a few feet of us. We picked some small wild strawberry leaves, and some wild onions (from the Allium family). 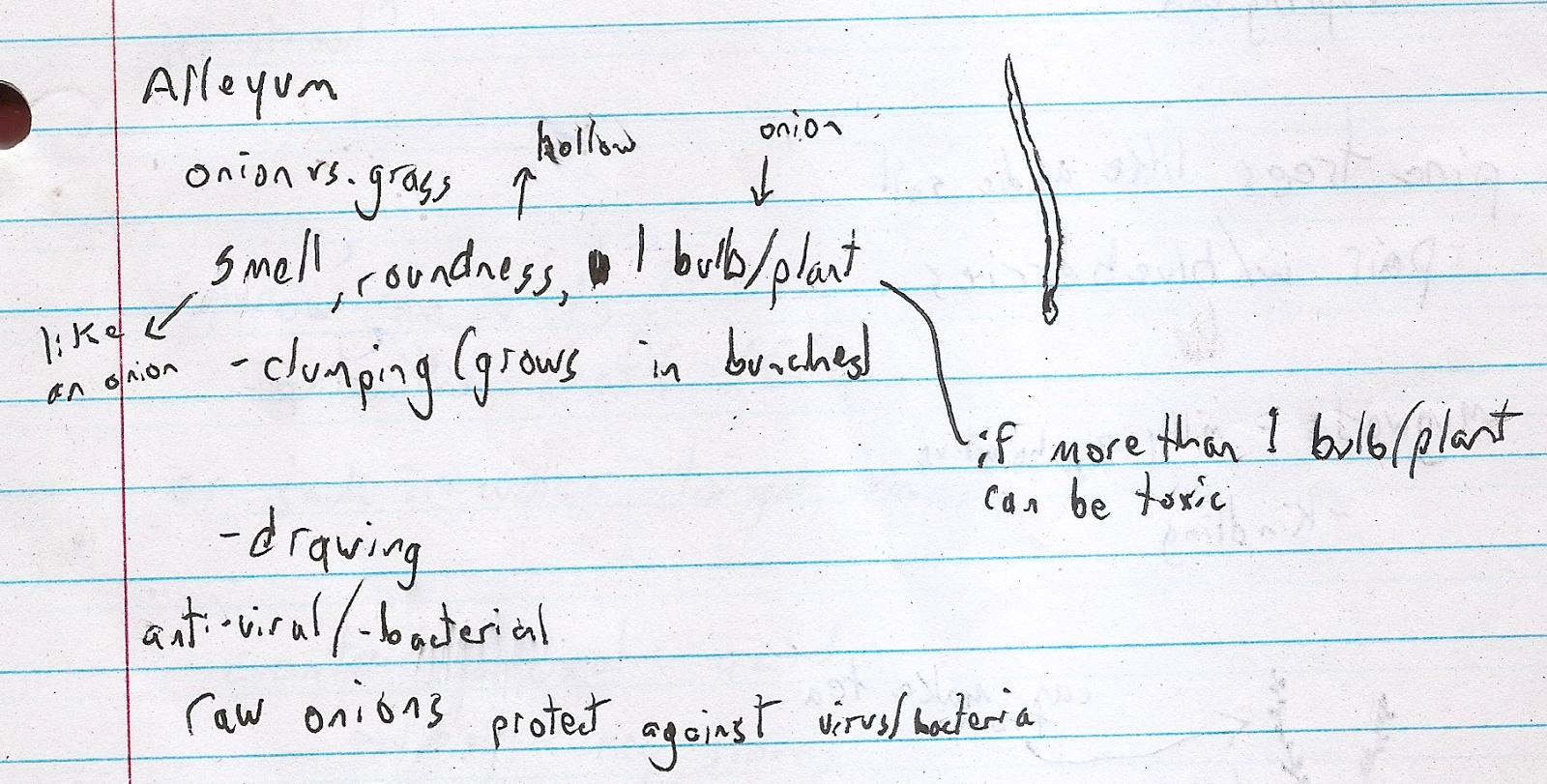 They both looked like what I had always thought of as weeds, I would have never guessed they were related to strawberries or onions. The onion looked like a round blade of grass, and the strawberry, some sort of small clover or something. Dan also pointed out how to make sure that the plants were safe to eat, and not a similar looking toxic plant. He noted that we should look for orange spots on the underside of the strawberry leaves, which could be a fungus that could make us sick. With the wild onions, we would need to dig down to the bulb of the root and make sure that we only eat plants with, "one bulb, for one plant." Multiple bulbs with one plant, or vice versa could make us sick. I was also impressed that Dan knew the scientific name of many of the plants we found. I particularly liked the mild but distinctly onion-y taste of the wild onions. I brought a few home to share with my girlfriend.

As a side note, permaculture videos that I've watched have taught me that many "weeds," actually have value when we look at them a bit differently. I've always been taught that they're invasive, worthless plants, but I've read that they can be used to heal nutrient deficiencies in soil, and many can even be eaten as nutrient dense foods. This was another reason that I was interested in taking the class. I've heard about foraging for wild mushrooms and other plants, and it seemed like something I wanted to know about.

We moved on to some nearby pine trees and talked about them a bit. Dan shared some pine needle tea, and explained how we could make our own. Did you know that pine needle wreaths were originally given as DIY tea gift kits? You would break off some pine needles and some other spices or herbs in the wreath to stew different teas. I always thought that they were decoration. More evidence of how our society is losing touch with nature-focused traditions and knowledge. 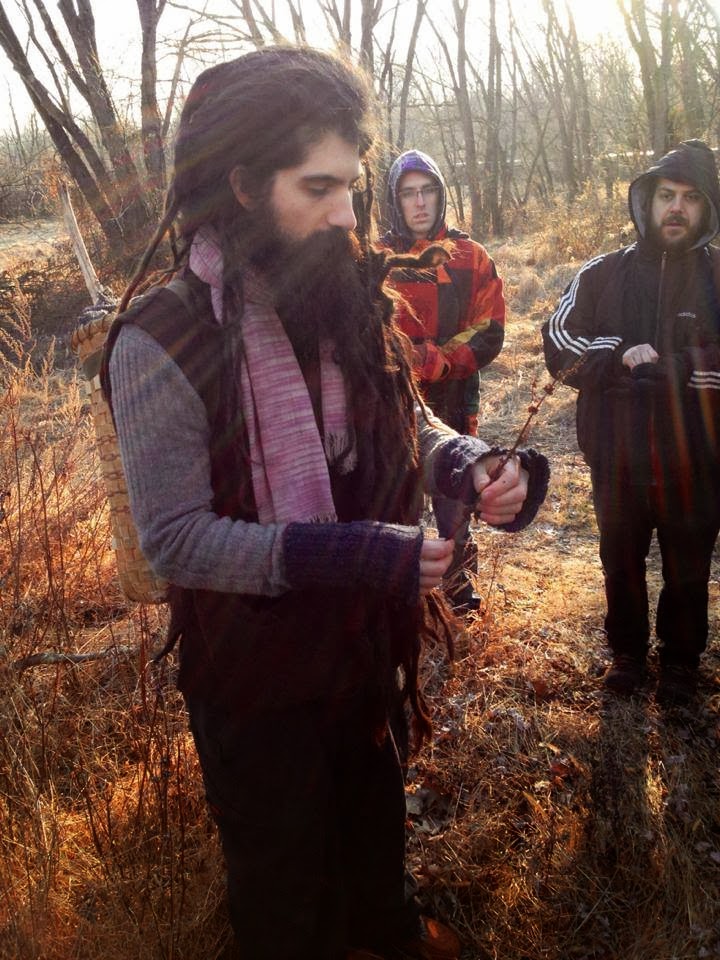 Dan also asked us to notice how we felt after drinking the tea. He mentioned that all the knowledge about wild plants in books came from people consuming the plant and being aware of how it makes you feel physically and mentally. He stressed that if we want to learn about foraging and wild plants that we should touch, smell, and taste the plants that we're taught are safe. This leads us to a more intimate connection with the plant than just looking at it, and deepens our knowledge of these plants.

Some other plants that we came across within a short walk were lance leaf  plantains (a "drawing" plant that can help with big bites or stings, or even ulcers), Mugwort, Sweet Anne's Lace (wild carrots), Pokeberry, Primrose, and Curley Dock. Overall, the experience was a lot of fun, and I learned about a bunch of plants that I can look for during my hikes in the Spring. Some I can eat, and some I should avoid, and now I have a better idea of how to tell the difference. I feel like this is just the beginning of my education about wild foods. If you are near Philadelphia or New York, and are interested in learning more about wild foods and other nature skills, look up Dan's project Return to Nature. I know I'll be looking forward to his future classes.