Over the past two weekends I spent some time building an herb spiral at a community garden at 37th and Brown St in West Philadelphia.  All the bricks were found in the surrounding neighborhood, and the soil from the Philadelphia Horticultural Society Community Garden next door.  This little garden is maintained by Growing Home, a non-profit organization trying to empower communities to grow their own food on the unused land in their neighborhoods.  This herb spiral was built entirly for free with reclaimed or donated materials.  Everything besides the corn was seeded, since we didn't have transplants available.  Hopefully in a few weeks I'll stop back and see how it's doing.  Check out the photos! 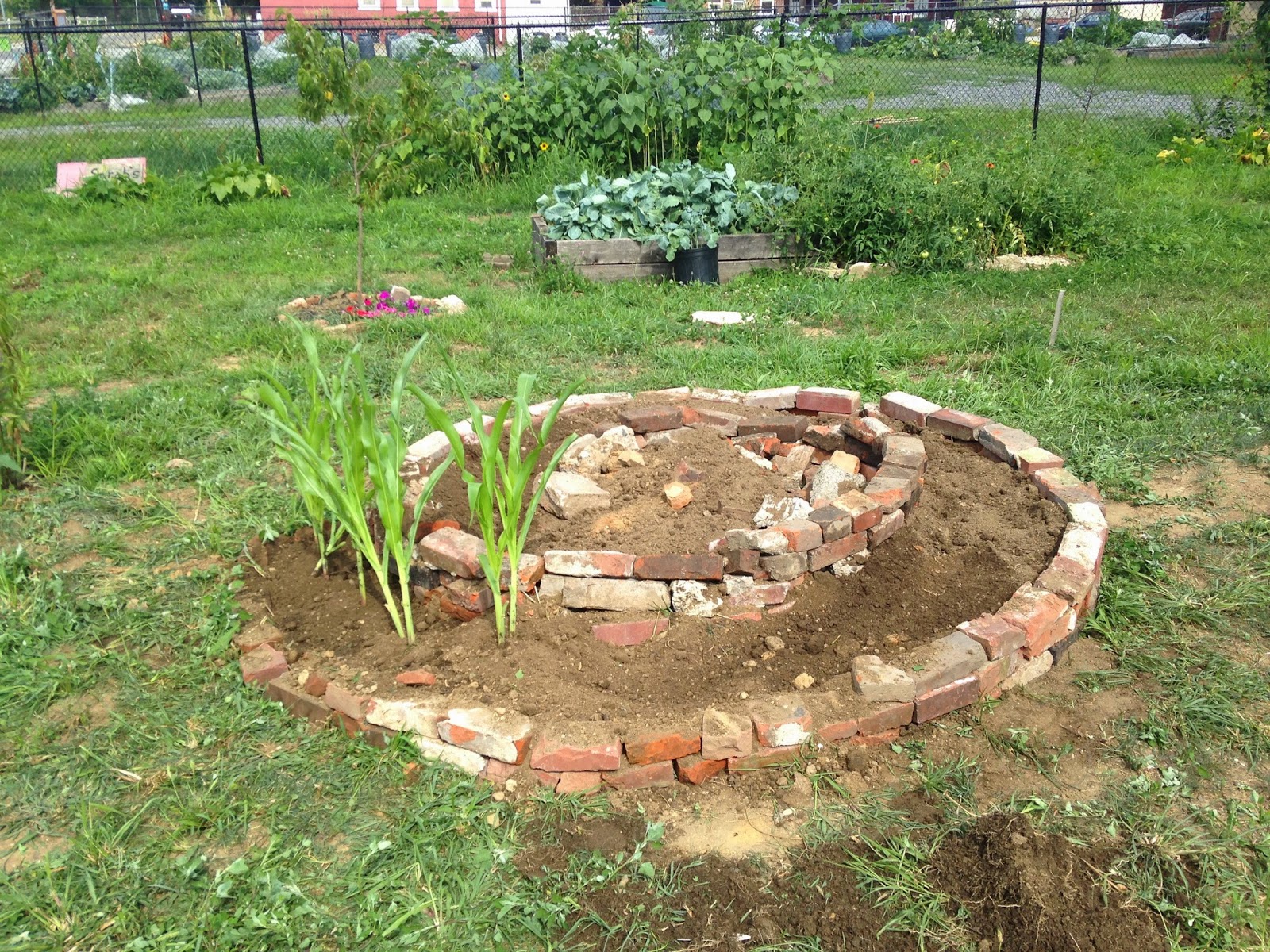 After the first day. 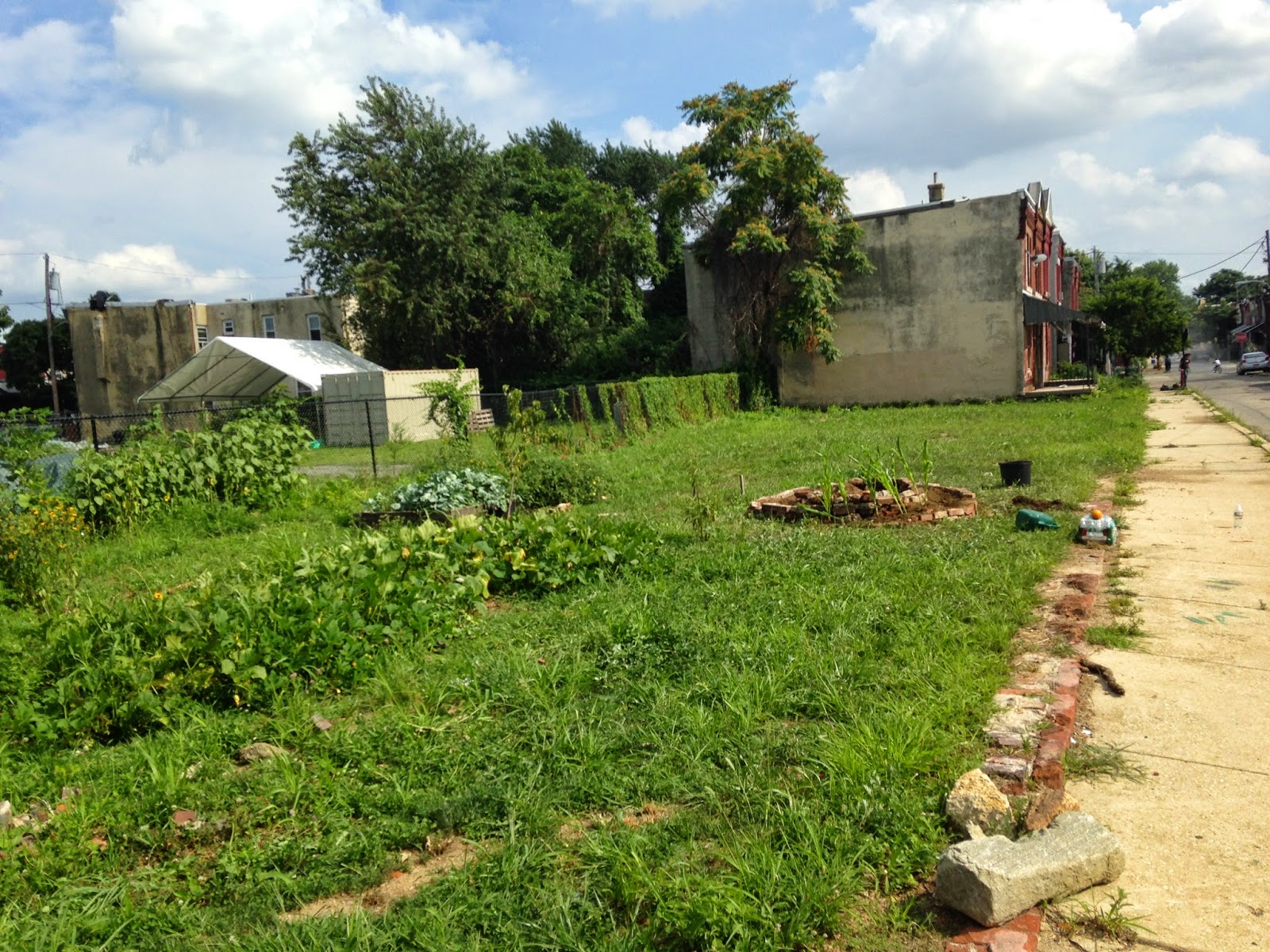 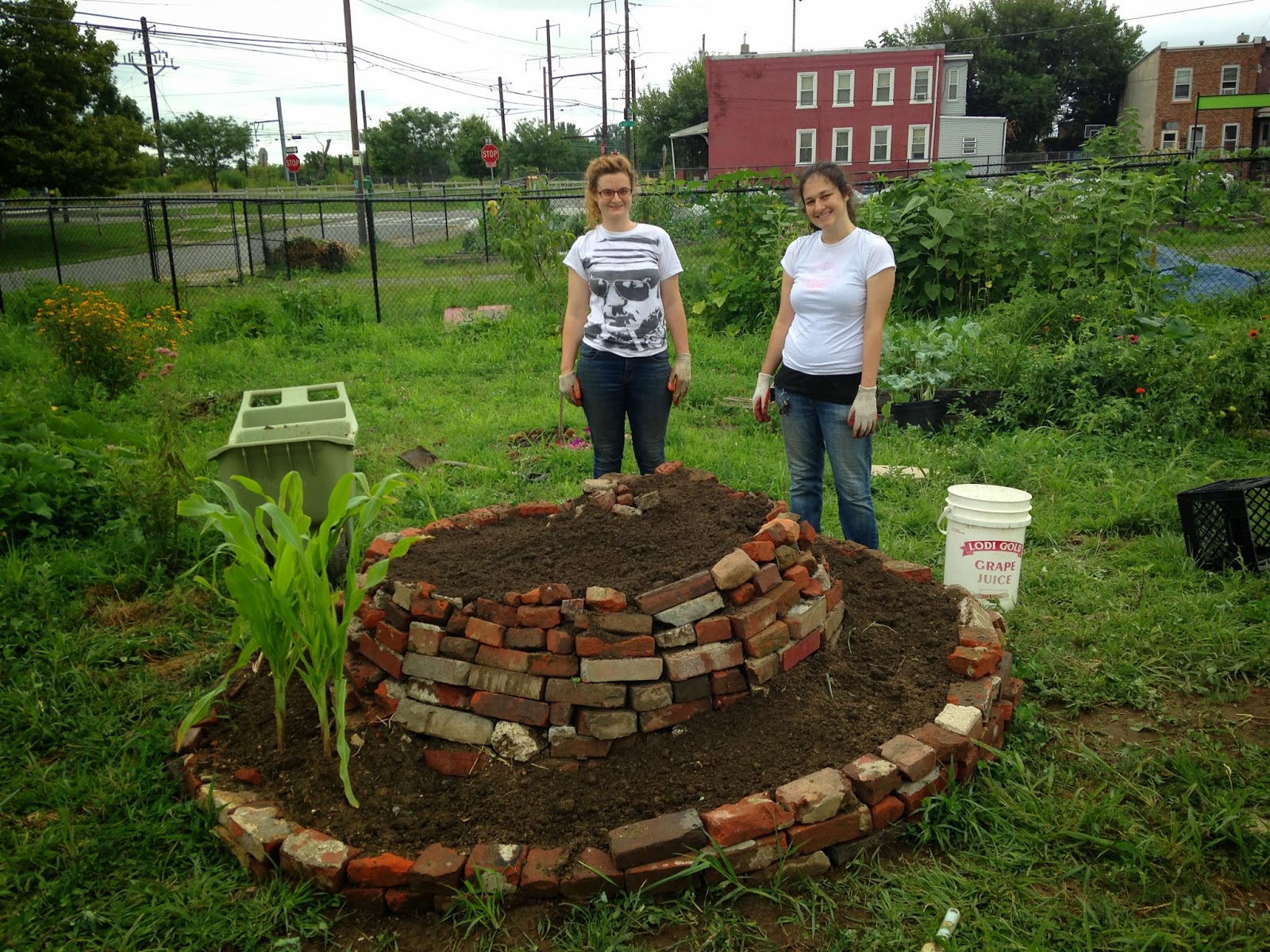 Alex and Elissa from Growing Home 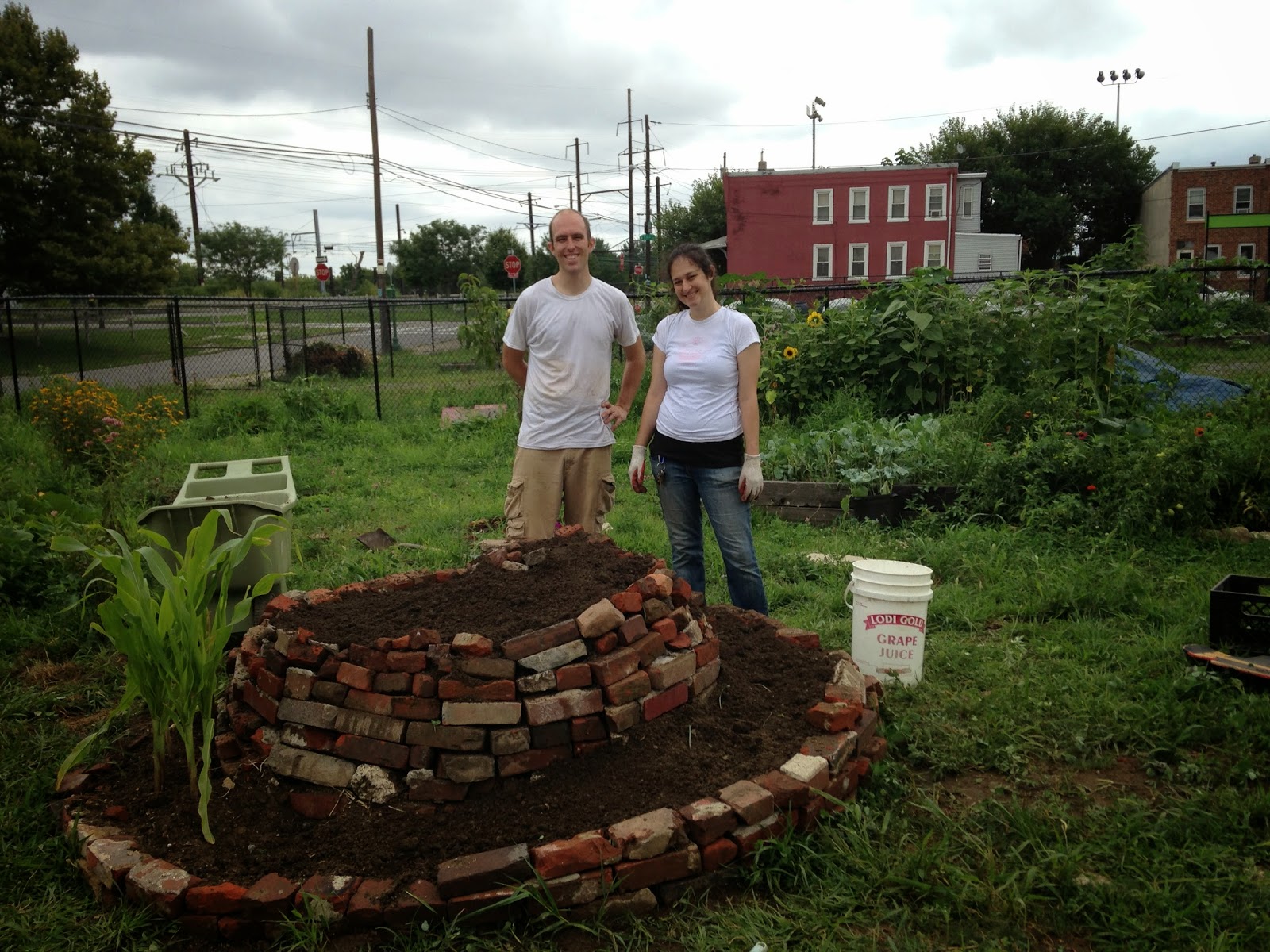 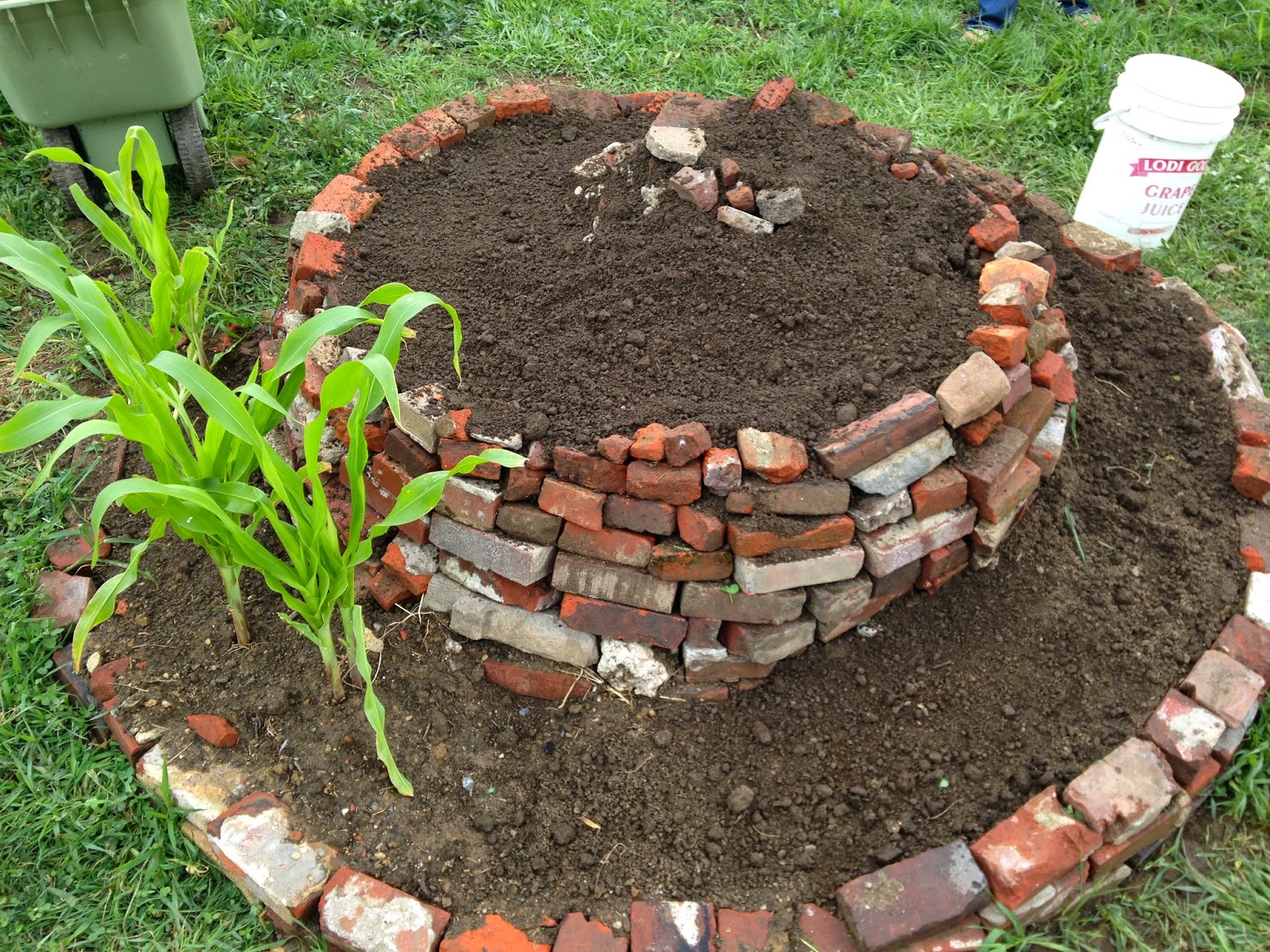 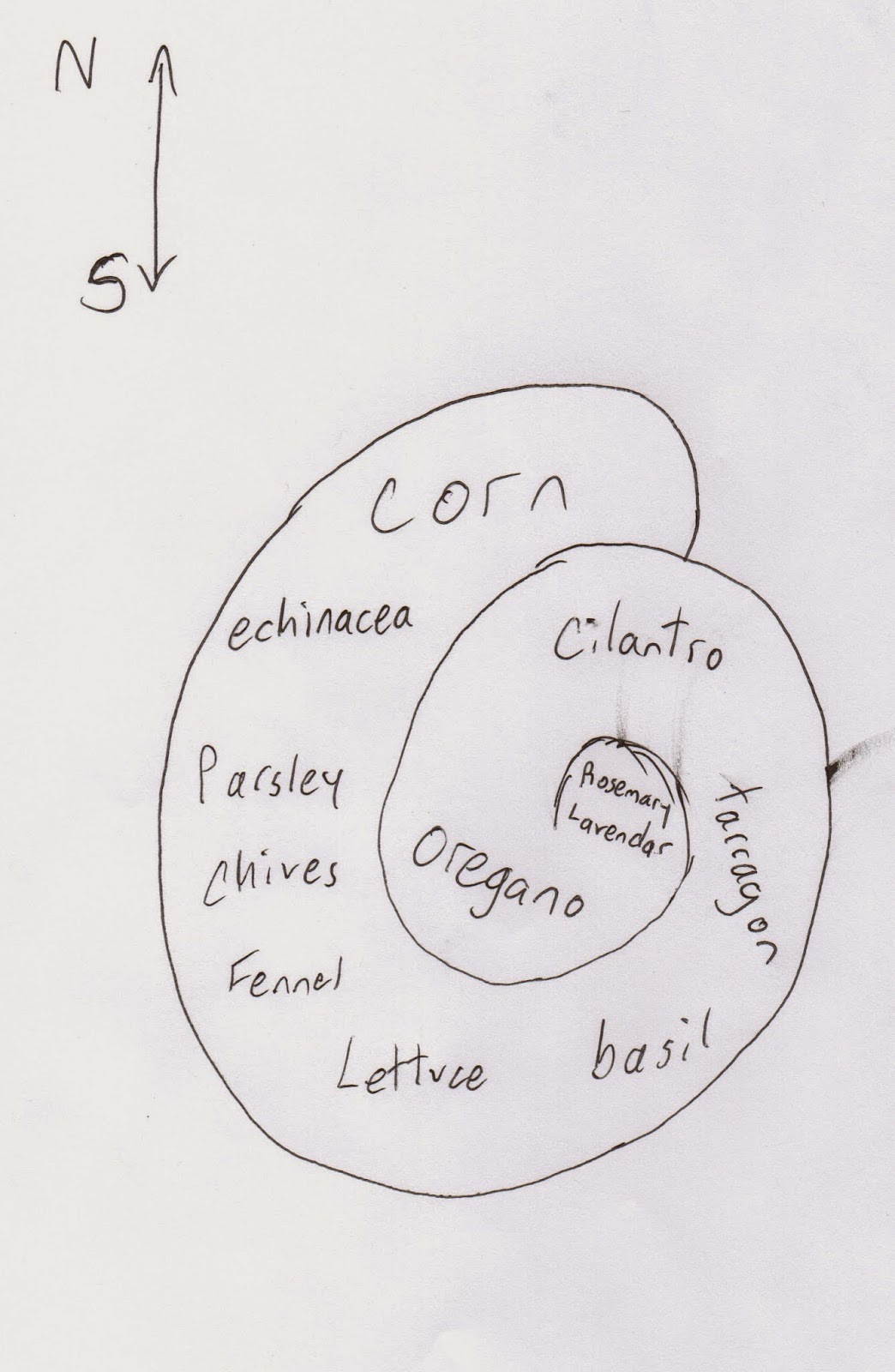 Here's the seeds that we planted 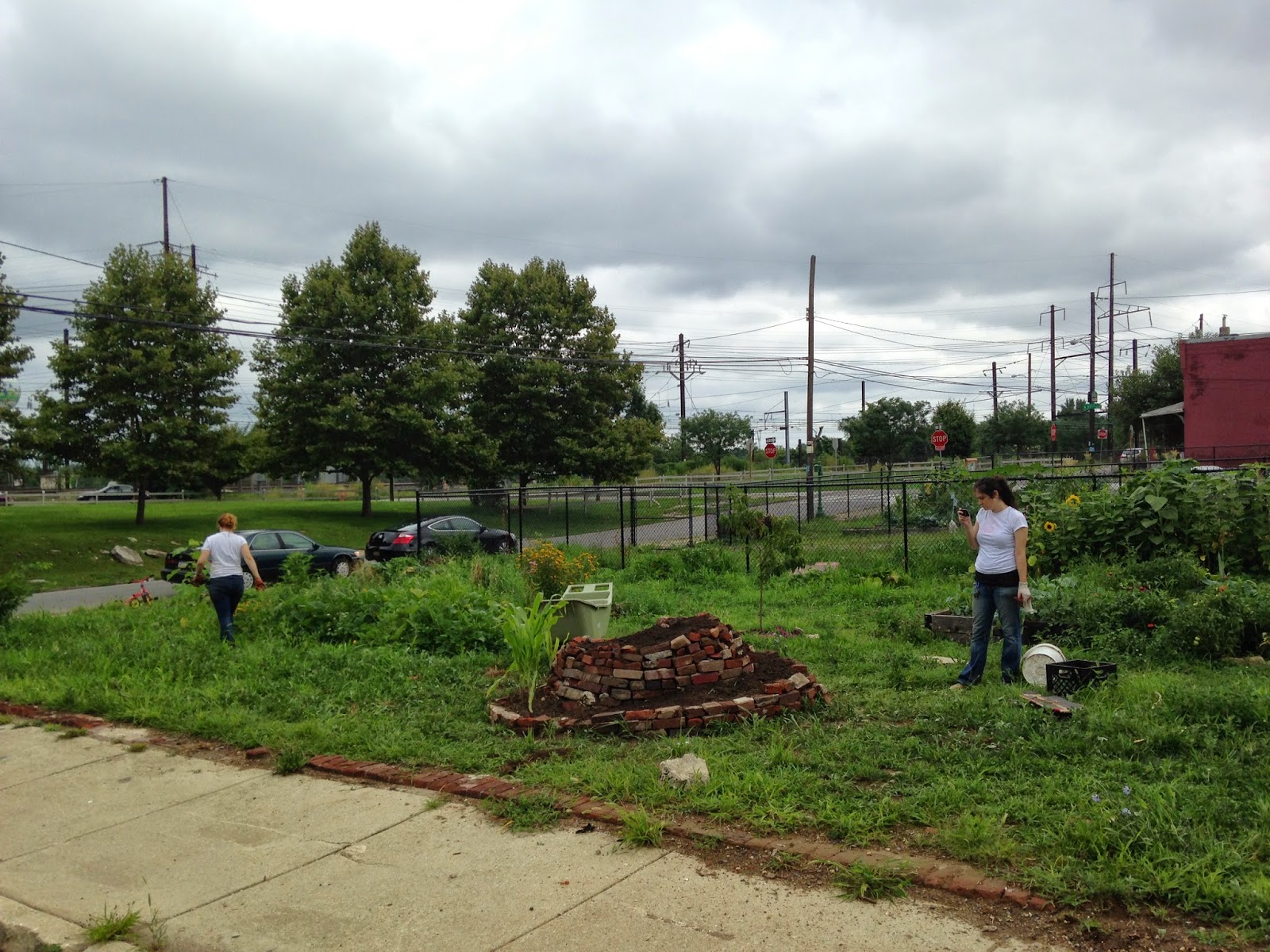 Posted by dirkmcgurk@gmail.com at 6:41 AM No comments:

Wild Foods, Garden Things, and Music at the Gandhi Garden

Recently I took a bike ride to collect some wild yarrow and blackberries.  Yarrow is an herb with lots of uses and benefits. The blackberries were about 20-30% ripe, so I was able to collect about a cup. They're really tart, but also really tasty! 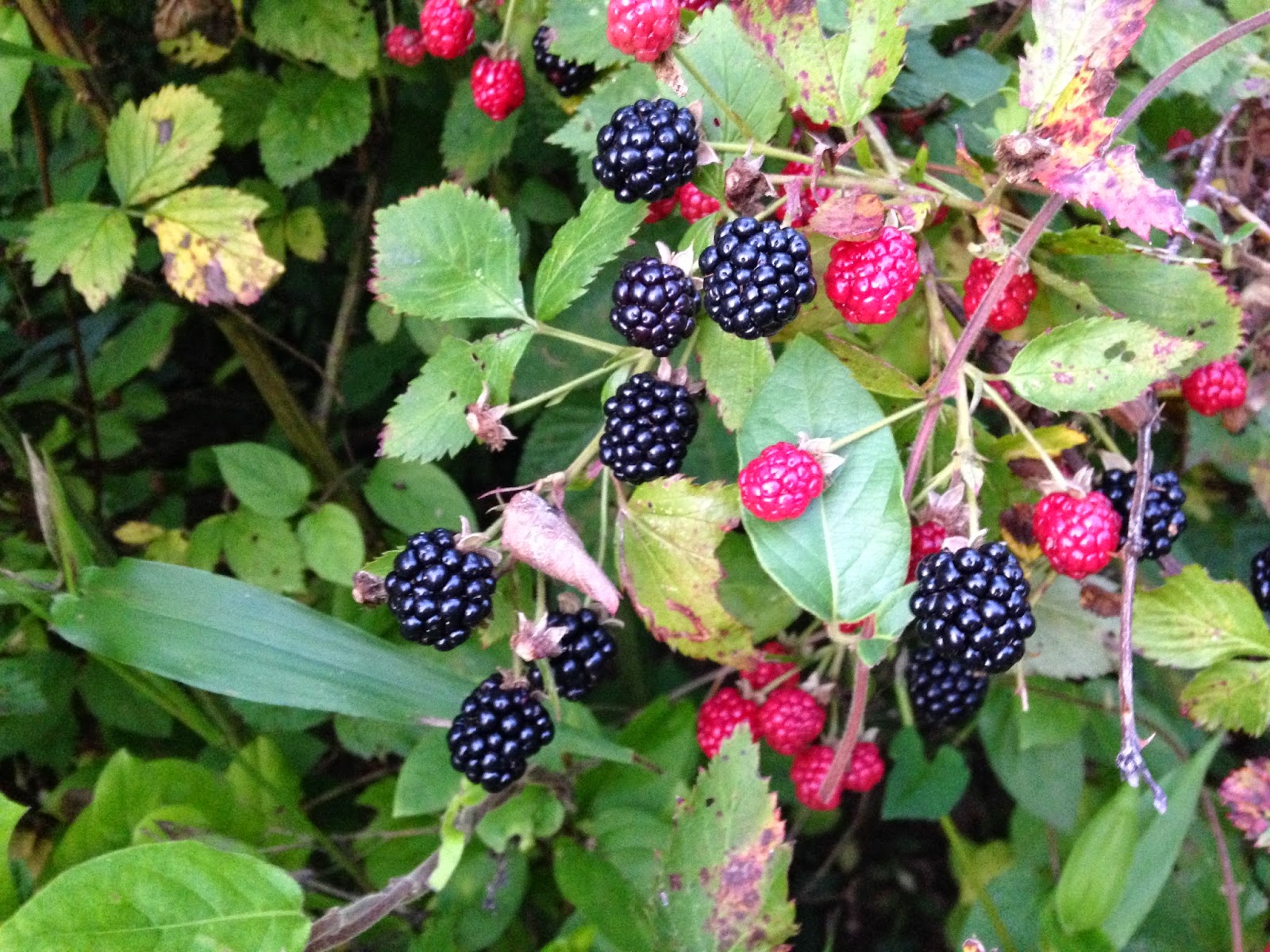 I also recently got an email from a Wild Foodies group in Philadelphia about the plant of the week, Rose of Sharon.  I hadn't heard of it, and when I saw a picture, I recognized it as a plant that my landlord has growing up and down the edges of his property.  I found a recipe to stuff the violet, pink, and white flowers in goat cheese and bread and fry them.  That seems tasty, but I also want to find a recipe that doesn't completely hide the taste of the flower.  I believe the leaves are edible as well.  There's food all around us! 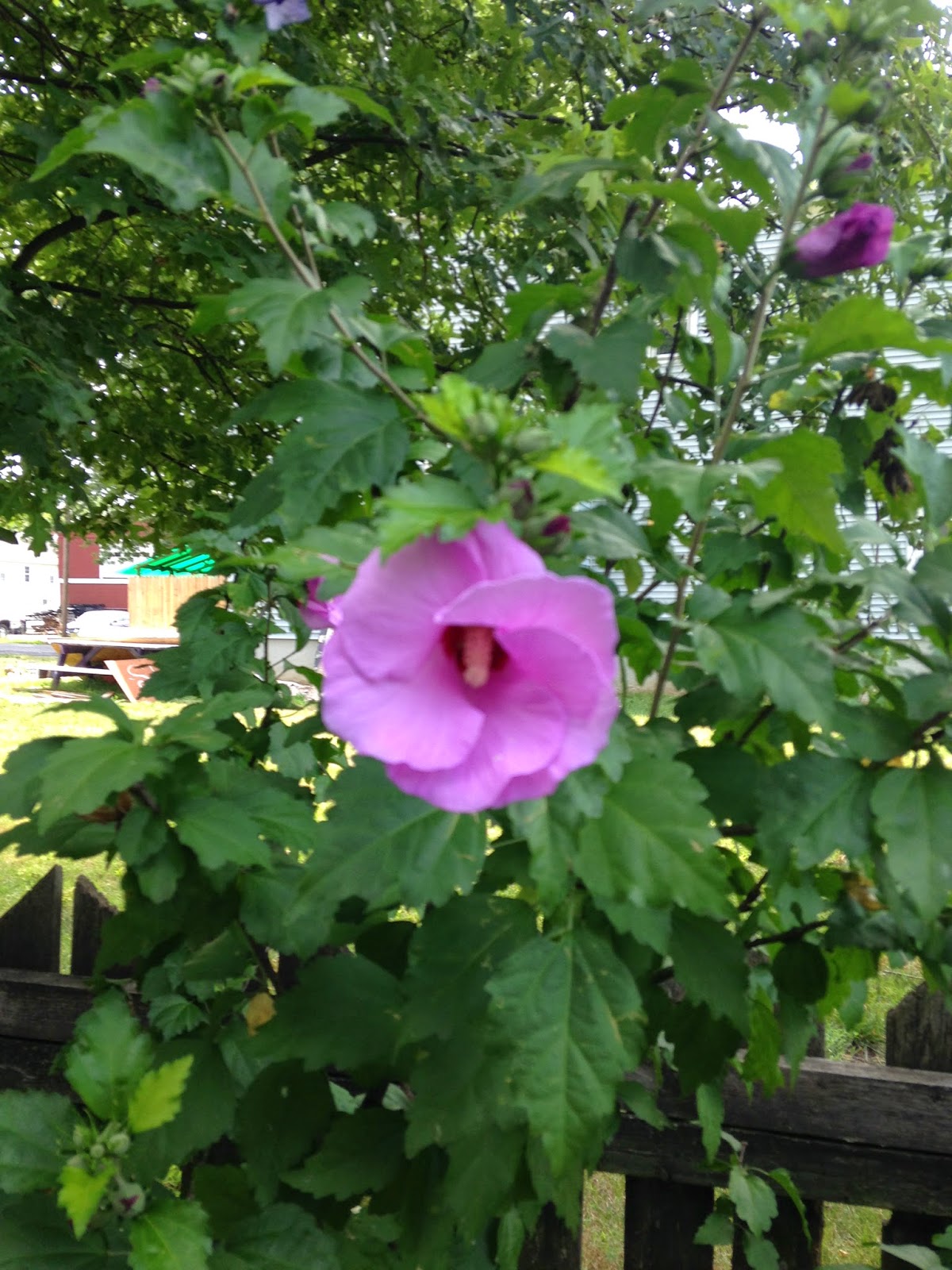 I found this praying mantis hanging out in my Kale a couple days in a row.  Good luck or something, right? 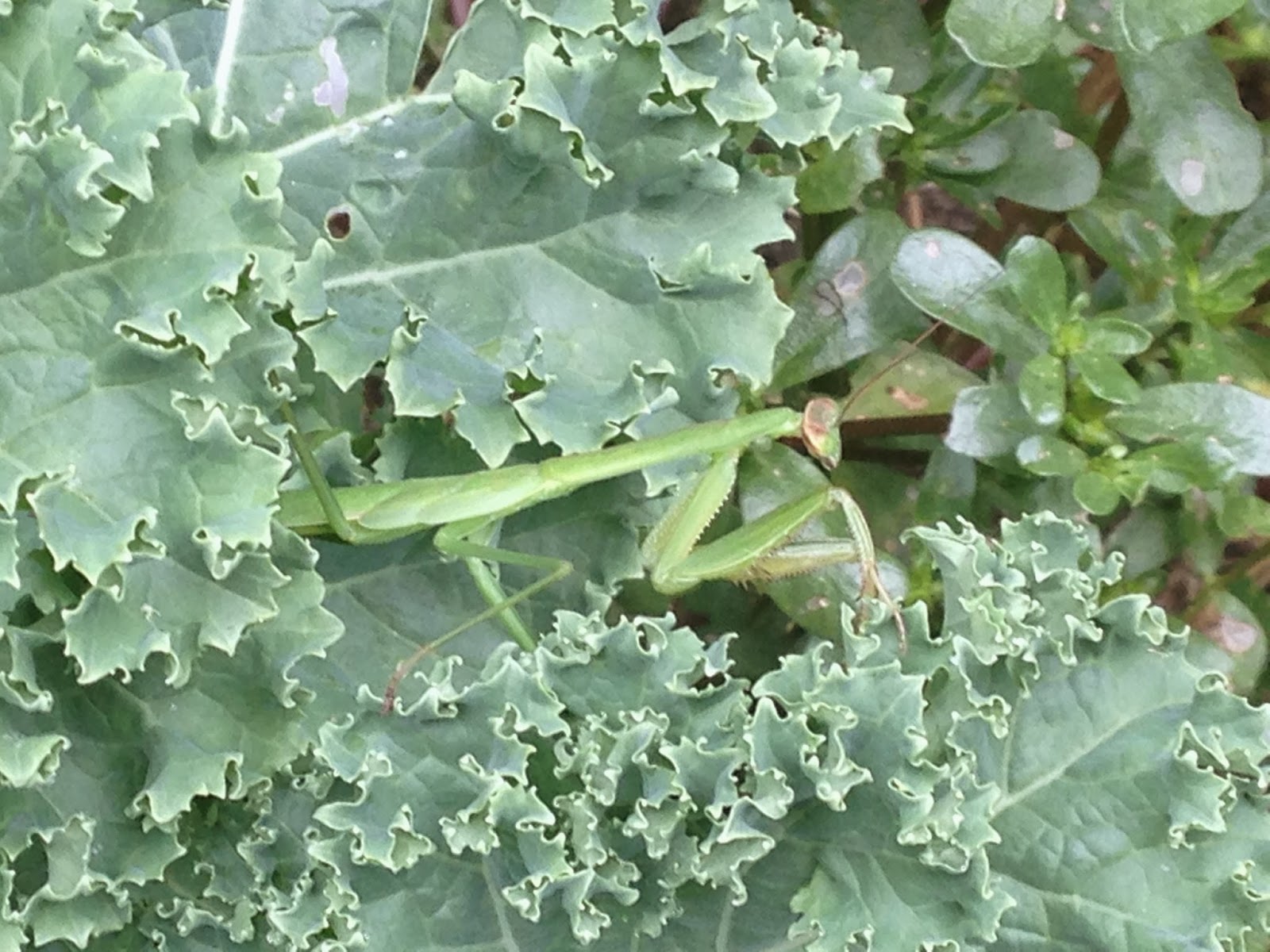 Then I found these melting, drippy mushrooms growing on my straw bale garden next to some watermelon and pumpkin seedlings.  It was a hot day, but I've never seen that before.  Trippy! 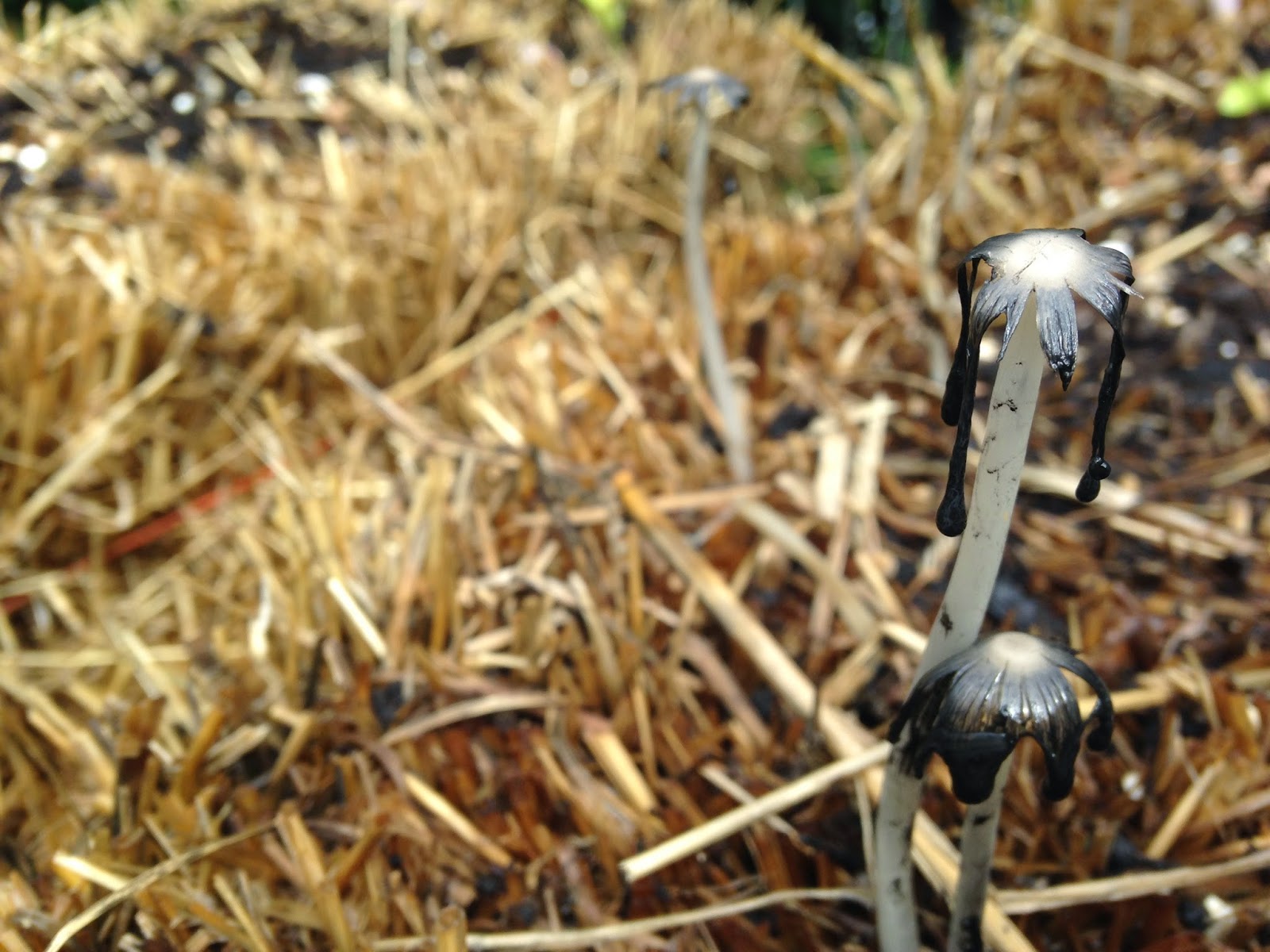 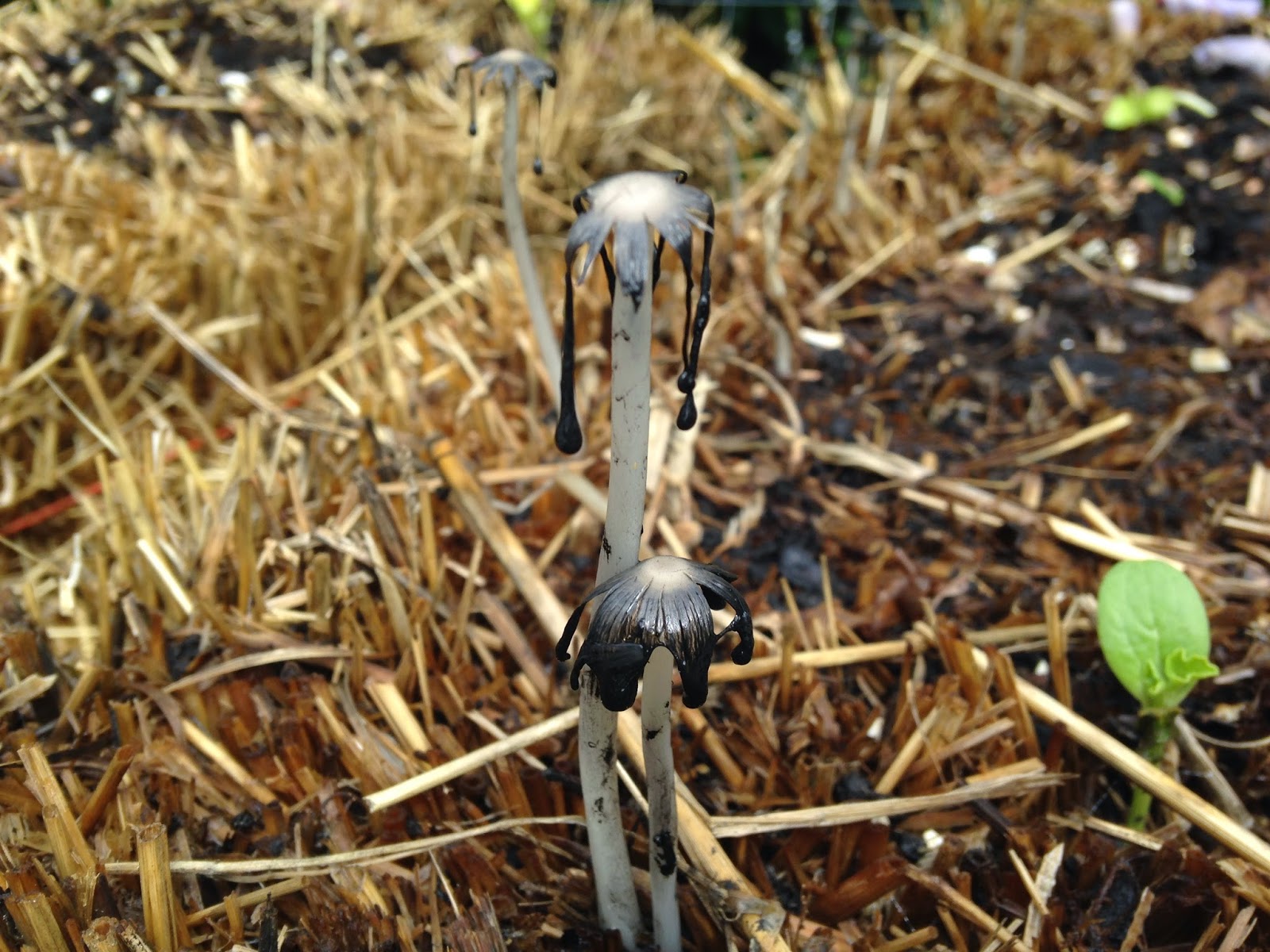 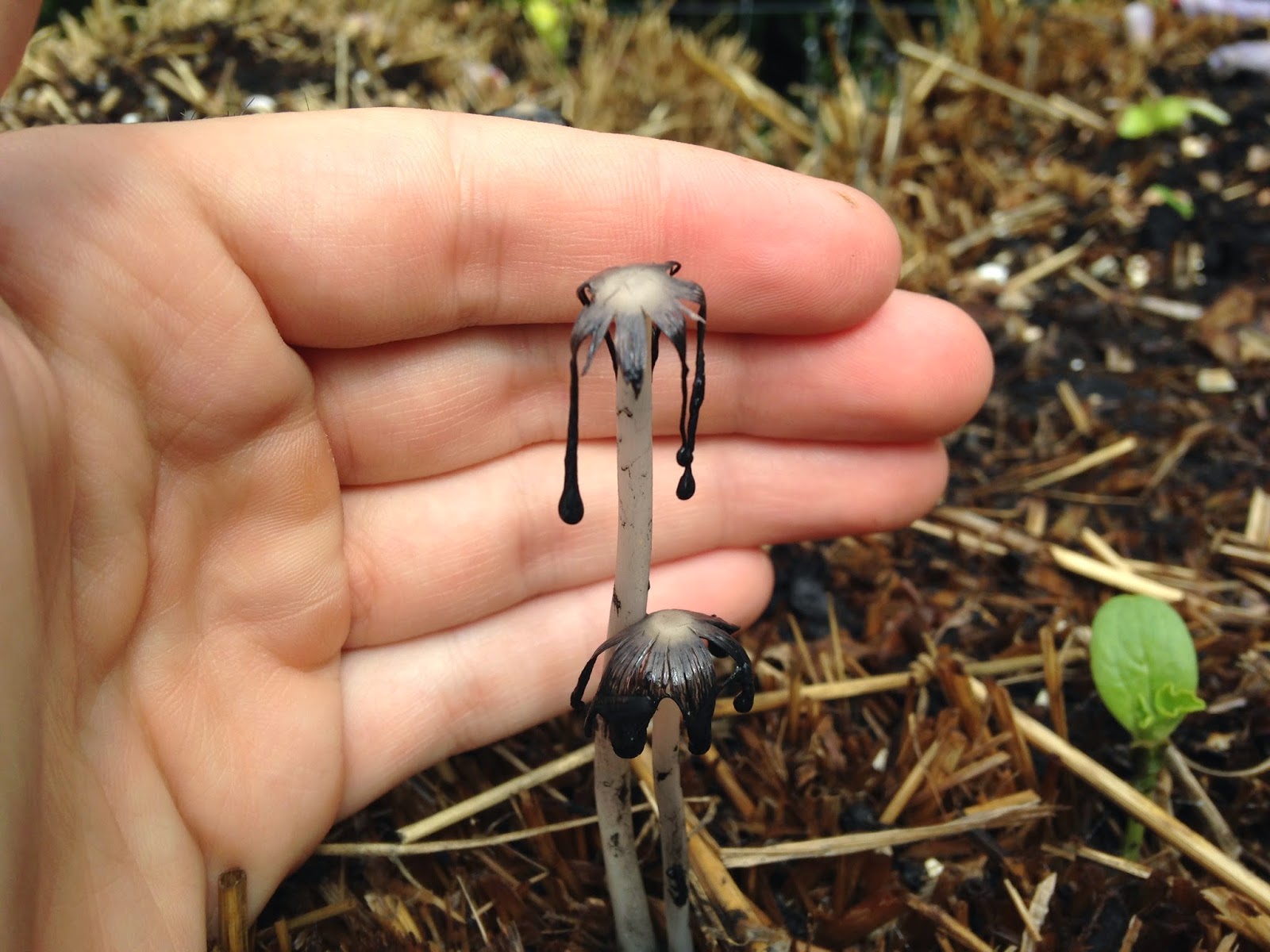 At work the other day, I was playing with a little butterfly or moth.  It looked a bit like a monarch on the top of it's wings, but with the wings up, it looks more moth-like.  What do you think?  He wanted to eat my finger.  Silly guy!

A few nights ago, some friends of mine with the SAGE Coallition threw a cookout/concert in downtown Trenton at the Gandhi Garden (219 East Hanover St Trenton, NJ).  Vita and the Woolf played an awesome set, and Ruff House brought the funk!  It was a great time!

Vita and the Woolf

I also recently harvested a bunch of Queen Anne's Lace (wild carrot) flowers to make a jam.  I need to collect a bit more, but I'll post pictures when that's finished.  It's suppossed to be very tasty, so I'm excited to see how it turns out.

Posted by dirkmcgurk@gmail.com at 11:46 PM No comments: